Australia by Drone: Enjoy the Land Down Under like Never Before

Featured image of Australia by drone provided by SkyStock.

Oz, Aussie, The Land Down Under… No matter what you call it Australia serves us unparalleled beauty with both metropolitan splendor and outback charm. Centuries since you could explore Australia by drone, the land was populated solely by the indigenous people called the Aborigines since 40,000 years ago. In 1770 Captain James Cook started his explorations of Australia’s east coast, claiming it on behalf of the British. This is a pivotal moment where the land becomes home to inhabitants from Europe and later from the rest of the world.

The original six colonies which were formed afterward transformed into the states of the Australian Commonwealth which we know and love today: New South Wales, Tasmania, Western Australia, South Australia, Victoria, and Queensland.

The consensus about the name Australia is that it comes from the Latin term australis, which translates to ‘southern’, indicating its geographical location.

The Australia of Today

Australia is popular for its rich cultures and diversity. As a country of immigrants, its cities are vibrant with life, colors, and adventures around every corner. Also, it’s the third biggest fishing zone. That’s why both tourists and locals can often be found enjoying a tasty meal of seafood.

Moreover, it has an impressively long total coastline of 37,118 miles (around 59,736 kilometers). Around 18% of the entire land is desert. This is further proof that there is something for everyone – whether it’s fun times downtown, adventures on the dunes, swimming and surfing by the beaches, or another activity entirely.

Australia’s rich history and culture have resulted in a plethora of historical sites among which are the Sydney Opera House, Port Arthur, Sovereign Hill, Melbourne Royal Exhibition Building, National Museum of Australia, and many more. Plenty of the country’s land is untouched by human hands. So, you can enjoy the outback and magnificent natural wonders like the Rocks, Mungo National Park, Ubirr, Uluru, plenty of stunning beaches by the coast, and similar.

These locations are even more breathtaking when seen from a birds-eye perspective (if the laws and regulations allow that, of course). Experiencing Australia by drone provides a unique opportunity for people who haven’t visited it yet to check out its marvels firsthand. And all of that from the comfort of their favorite couch. Furthermore, people who have traveled to Australia and locals can also admire the country even more as drone photos and videos show the country from a different angle.

No matter how hard the job was, The Drones World has highlighted seven locations that are a must to see by a drone.

Start Exploring Australia by Drone with Sydney (and the Surrounding Beaches)

With a vibrant culture and busy arts and nightlife scenes, Sydney has plenty to offer to its visitors.

And when you add in more than 5 million citizens who inhabit the Sydney metropolitan area, you’re bound to get a formula for fun. With so many people you may think that it’s tough to fly a drone there. While that may be partly true, there are still some great spots for flying a drone in Sydney.

Sydney is one of those cities that constantly pulls you in and is always different – new theater shows to enjoy, fresh rooftops bars where you can dine with a view, ever-changing scenic views from the Blue Mountains, and more.

Besides the ultra-famous Sydney Opera House, Sydney is home to the largest natural harbor on the planet, covering 11 miles (around 17.7 km) – the Sydney Harbor.

Speaking about places by the water, Sydney encompasses around a hundred different beaches. Whether you choose Bondi, Tamarama, Bronte, or any other beach, you are guaranteed to capture unique drone shots of waves, surfers, and splashes of different shades of blue.

Lake Macdonnell (and Other Salt Lakes)

Situated in the Eyre Peninsula, this lake perfectly combines a bubblegum color palette of pink, green, and blue. It’s a one-of-a-kind experience to see it in person, yet it’s even more captivating when seen from above thanks to drone photography.

The road near the lake, which you can find almost everywhere on Instagram, can take you to Cactus Beach. Also, you can visit Coffin Bay and try some delicious seafood nearby. 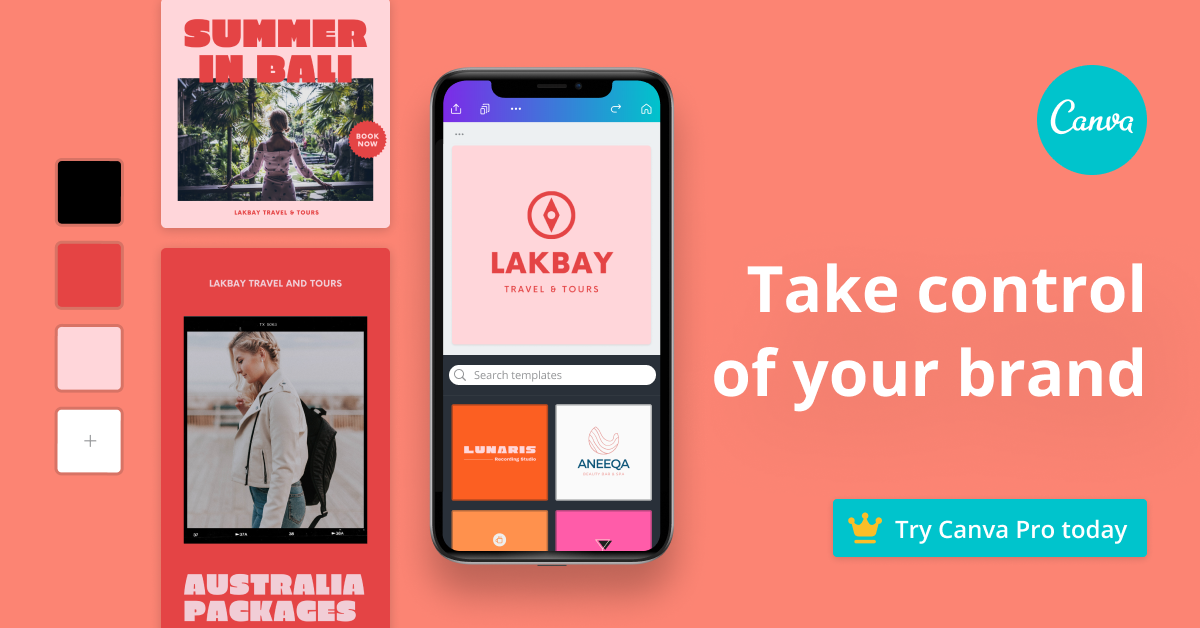 This Australian coast is one of twenty UNESCO World Heritage Sites located in the country. With a length of 162 miles (around 260 kilometers), its coral reef is one of the largest ones in the world.

Ningaloo Coast sprawls on a massive piece of land of 604,500 hectares in Western Australia. The terrestrial parts of Ningaloo bring out the adrenaline rush with plenty of underground caves, conduits, streams, and the like.

If you haven’t seen a white shark before, this is a great opportunity. Ningaloo Coast is one of the largest aggregations of whale sharks that often visit the coast. Besides them, manta rays, turtles, and other marine animals live there. Undeniably, they even look more captivating in drone photos and footage.

Located in Queensland, this gorgeous island is the planet’s biggest sand island and covers an area of 639 square miles (1,655 square kilometers).

When you think of this island, think of summer. Endless sand beaches. Turquoise-colored waters with a tinge of natural tea tree oil. So, you can enjoy your time camping, swimming in lakes and freshwater pools, and even hike to see the mesmerizing view from a rocky outcrop called Indian Head or the famous cliffs known as the Cathedrals.

Yes, experiencing all of that from the ground is great. But seeing K’gari by a drone is a whole other feeling.

If you enjoy being in the wilderness, the Kimberley is the right place to travel to. It occupies the north-western corner of Australia, making it one of the last vast wilderness regions.

Considering this, it has around 40,000 citizens. The remaining huge space is filled with breathtaking canyons, swimming holes, rare and ancient rock formations, and unique wildlife, which beg to be covered with drone footage.

Moreover, some notable locations where drone pilots tend to make epic shots are Broome, Kununurra, the Horizontal Falls as well as the amazing 1,000 rocky islands that rise from the blue ocean, which are known as the Buccaneer Archipelago.

However, to be safe, it’s recommended to consult the local laws and regulations on flying drones over these places.

Aside from this, the Kimberley is known for the people’s hospitality, delicious food, and the numerous beaches that represent the perfect romantic getaway.

This is another exciting location that has much to offer. Firstly, it’s home to sacred sites of the Aboriginal culture like Kata Tjuta and Uluru. Moreover, they give an insight into Australia’s history and are sights that you shouldn’t miss.

At the base of Uluru, you’ll even encounter the Field of Light. This is an exhibition comprised of more than 50,000 glowing stems that are solar-powered. Visiting it at sunset or sunrise is something you’ll never forget. Not to mention that the shots you take there will be amazing.

Aside from this, the place is generally made for adventures in the desert with many plains, ranges, dunes, and rocks to spice up the whole experience. And the changing colors of the rocks at dusk and dawn are a magical addition.

Are you a fan of dynamic places with many things to see and do? Great Ocean Road is a place like that. It’s a great tourist spot where you can shoot many epic photos and videos.

Some of the top global surfers gather at the Torquay beach to ride the waves, giving you a chance to join them or simply observe what they do. Then, you can go to Teddy’s Lookout. It’s where the Indian Ocean and St George River collide into a cove. As it’s high over the coast, the views you get are incredible.

Also, another attraction worth visiting is Great Otway National Park that is home to the Erskine Falls. They are spectacular and provide an opportunity for amazing shots.

If you’re into rock formations, there are the Gibson Steps and the Loch and Gorge, as well. Just beware that you should go down long steps to reach the wonderful sights you’re after.

Flying drones is legal in Australia. The country regulates drones, which is why it’s best to study the relevant laws and regulations before you fly a drone there. It’s highly recommended to glance an eye over the Civil Aviation Safety Authority (often abbreviated as only CASA), which is the country’s national aviation body that regulates drones.

Most of the laws are standard like respecting the privacy of others when flying, flying a drone within visual line-of-sight (VLOS), flying only one drone at a time, not flying above 400 feet (120 meters), flying at daytime, and so on. For more details, make sure to research the specific laws. That way you’ll know all the dos and don’ts of flying a drone in Australia.

Tom Watson, CEO of SkyStock, suggests that you can see the specifics on the CASA Drone Rules page. They currently have a section on Travelling in Australia, where the good news is that as long as you are flying recreationally (in other words, for fun), then you don’t need to register your drone or become licensed. Additionally, they provide some links to some useful apps to help you ensure you should fly in a particular area.

Are you interested in drone traveling to other cities and states?

BUDAPEST BY DRONE: THE HEART OF EUROPE FROM ABOVE

VISIT SWITZERLAND BY DRONE: THE LAND OF CONFIDENCE & STRONG WILL

More drone content is coming your way on The Drones World, so stay tuned.

Recommended to Fly Drone
Leave A Review
People's Acceptance
85
Sites to Fly
90
Laws & Regulations
78
Drone Community
69
Based on 6 Visitor Reviews
85
User Average
Type to search or hit ESC to close
See all results
Manage Cookie Consent
To provide the best experiences, we use technologies like cookies to store and/or access device information. Consenting to these technologies will allow us to process data such as browsing behavior or unique IDs on this site. Not consenting or withdrawing consent, may adversely affect certain features and functions.
Manage options Manage services Manage vendors Read more about these purposes
View preferences
{title} {title} {title}